Removing Co2 from the sky – what’s the deal? - The Crowd Skip to content

Removing Co2 from the sky – what’s the deal?

It may sound like the stuff of the future but actually it’s happening all the time. Removing carbon dioxide from the sky and storing it safely (sometimes called carbon sequestration or negative emission technology) will be a big part of our future. Let’s explore how.

Even if we stopped emitting carbon dioxide today, there would still be too much of it in our atmosphere to support a stable climate.  Technologies that draw carbon dioxide out of the air will need to work hand in hand with a rapid reduction in emissions if we are going to limit global warming to 2 degrees.

We’re going to look at three of the main technologies to do it: trees (yes trees), BECCS (we’ll explain what that is) and Direct Air Capture (think – carbon hoovering).

Do we need to do it?

All climate models that have us limiting global warming to 2 degrees, factor in a significant amount of negative emissions technologies.

How can we do it?

Let’s look at some options:

Yes – it’s that simple. The oldest negative emission technology in the book and still the most cost effective.

Trees absorb carbon dioxide and store it. Carbon is stored in the trunk, the branches, the leaves and the surrounding soil. When the tree dies, the stored carbon dioxide is released back in to the atmosphere, so each tree only acts as a temporary store. Of course, in forested areas, a dying tree is soon replaced by a new one, so the storage capacity of wooded areas is more or less constant.

This is not to say that all tree planting is good. The right trees have to be planted in the right places at the right time, otherwise they can do more damage than good.

Did you know – the soil beneath the trees is actually a bigger store of carbon than the trees themselves. To encourage carbon rich soil you need rich, bio-diverse land. Soil in a mono-culture plantation will store far less carbon than soil in an untouched rainforest, which is why reforestation isn’t a simple replacement for deforestation and why modern, intensive, single crop agriculture can be so bad for our climate.

Tom from the Crowther Lab explains this process perfectly in 2 minutes below.

This is short for Bio-energy with carbon capture and storage. Often considered climate change’s ‘saviour’ – BECCS is still relatively untested at scale.

Here’s a quick explanation of how it works.

The result? You’ve produced electricity whilst absorbing carbon dioxide from the air and preventing it from being released back in to the atmosphere.

Sounds good right? In theory it is, but there are a few problems. Growing lots of high growth trees isn’t good for biodiversity or soil carbon storage. It is land intensive. It requires a lot of water. And lastly, but most importantly, no-one has managed to make it commercially viable at large scale (ie the numbers don’t seem to add up).

This is a bit of a problem because climate models often rely heavily on BECCS to limit warming to 2 degrees – ‘we are unlikely to curb carbon emissions fast enough – but if we assume a high roll-out of BECCS – we can make the numbers work’.

If it’s unlikely to ever be commercially viable, we need to find that out soon, which is why we’re helping fund research on this with the Clean Air Trust. If it can be the ‘saviour’ – or even part of the solution – it needs all the support it can get.

It’s actually called Direct Air Capture. This relatively new technology literally involves sucking carbon dioxide out of the atmosphere. Once it’s been extracted, the carbon dioxide can be buried in the ground, used to help grow fruit and vegetables in greenhouses or used in commercial products like fizzy drinks.

Organisations like our friends at Climeworks are leading the way with this technology. You can see their amazing technology below.

The challenge with this technology is that it’s still pretty expensive and struggles to compete commercially with cheaper offsetting or carbon removal technologies. But as we’ve seen with so many clean technologies, with investment and commercial interest, costs can come down quickly. Watch this space.

So where should we concentrate our efforts?

We should always keep planting trees. They are cheap, they grow on their own, they support ecosystems and they’re great at absorbing carbon dioxide.

But trees alone won’t be enough. Continued investment and research in technologies like BECCS and Direct Air Capture could be hugely important to our future.

We have a mountain to climb with climate change and if there’s a chance that these technologies can help pull us up the hill, we should give them all the support we can. 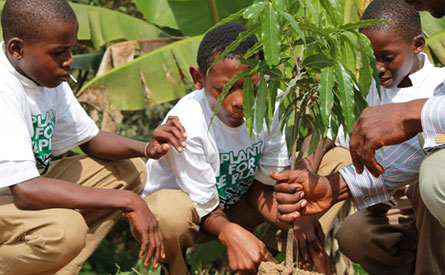 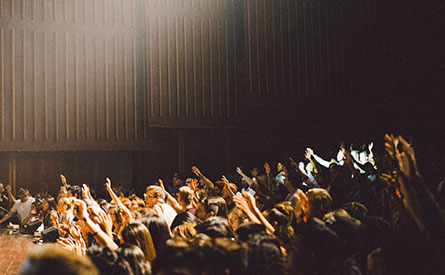